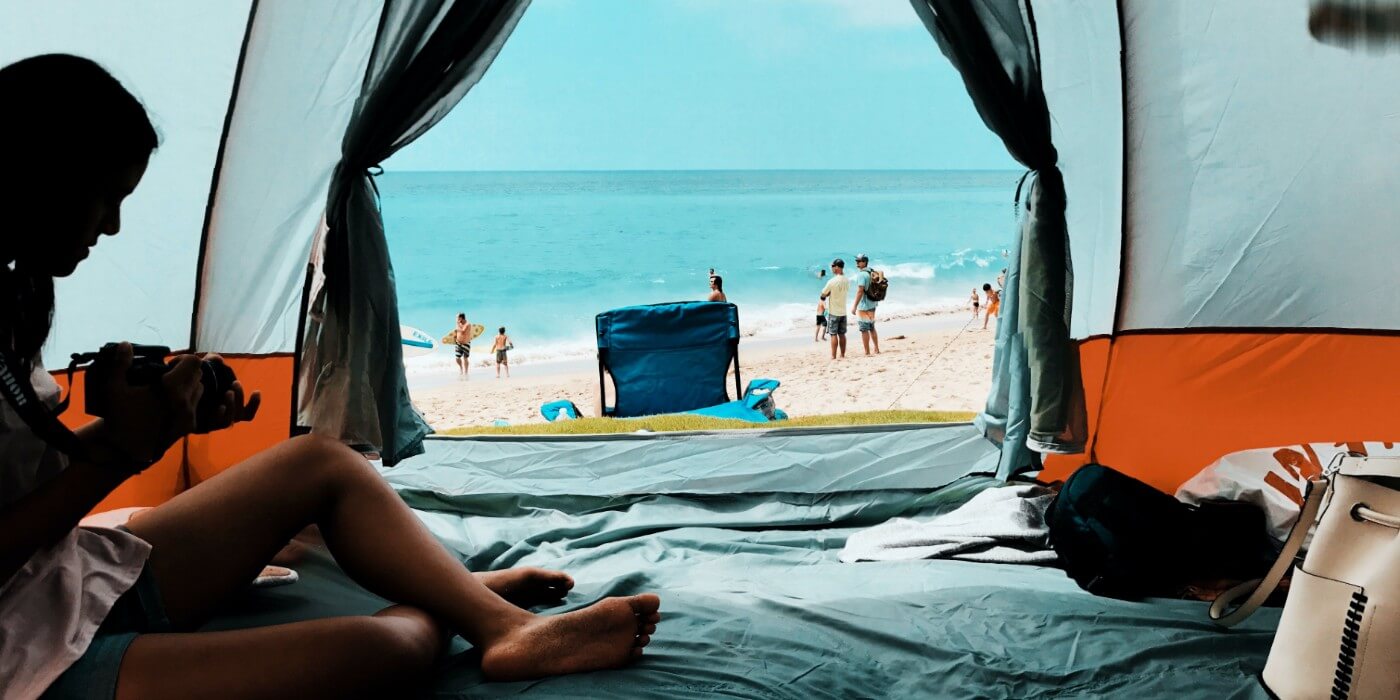 Trying to stay cool while tent camping is difficult at the best of times, but with a large tent this task becomes even more difficult.

If you have access to power then you’ll have plenty of options, but battery powered fans that are capable of moving enough air to make a large tent comfortable is a little more tricky.

In a hurry? Here’s our top 3 picks for best camping fan for large tent.

The Geek Aire has a super long battery life of 8-18 hours and can be charged within 2-3 hours. It’s the most convenient and budget friendly of all the fans on this list.

A super high velocity fan, this is your best choice for moving air through large tents if you have access to electricity.

A great option if you want the flexibility to use battery or electrical power. You never know where you’re going to want to end up camping, but you always know that wherever you are, you don’t want to get too hot.

What kind of fan do I need?

The first thing to consider when choosing a camping fan for a large tent is whether you’re going to have access to electricity. If you have electrical access at your campground or through a generator, you can purchase a much stronger (higher CFM) fan than if you can only run a fan off of battery power.

If however, you don’t have access to electricity, then you’re options for a fan that is capable of moving enough air in a large tent are much more limited.

CFM stands for cubic feet per minute. We wont get too technical here, but basically, CFM is how much air a fan can move.

The measurement is taken when the fan is set to its highest speed setting and uses both the volume of air and the rate at which it moves.

But, the only thing you really need to remember is that the greater the CFM, the more air a fan will move.

TL;DR The higher the CFM the better!

Geek Aire is the only manufacturer of high velocity battery powered fans designed specifically for the camping market.

The Geek Aire 16″ is the biggest fan in their lineup, and at 2,500 CFM, is powerful enough to cool a large tent.

The battery lasts for a crazy amount of time, roughly 18 hours on a low setting and about 6 to 8 hours on a high setting, and can be fully recharged in 2-3 hours.

Unlike most other fans, the Geek Aire 16″ has a knob for variable speed control. This allows you to find the perfect speed and noise level that suits you without the dramatic shift you get with 3-speed fans.

Speaking of noise, the brushless motor means it’s as quiet as you are going to get in a fan.

The back of the fan includes a control box which features the speed control knob, an LED battery life indicator and a USB port to charge your electronics.

Other neat features include 120° vertical tilting adjustment, an IPX4 water-resistant rating, and the ability to use the fan whilst it’s being charged.

If you know you’re going to have access to electricity while camping, you’re always best getting a corded fan.

A higher CFM means more air movement, and the Lasko certainly moves air. The wind effect is so strong that you will feel cold if you sit directly in front of it, and is powerful enough to push air through the entirety of a large tent.

One of the only downsides to a fan with this power is its noise. While it’s not deafeningly loud, it will likely be too loud for most to sleep when on its highest setting.

A great feature of a fan with this velocity is its ability to keep mosquitoes and flies away.

The Ryobi ONE+ hybrid fan is perfect if you want the flexibility to be able to power your fan off both battery and mains. You don’t always know what facilities you’re going to have when you’re camping, so the option to use either is a great feature.

The fan runs on Ryobi ONE+ batteries (not included, but can be bought on Amazon here), allowing you to have backup batteries for when one runs out.

The ability to swap out batteries is indispensable on longer camping trips, especially if you don’t have access to power.

As an example, a 9ah battery will last about 10 hours on the highest setting, and a 4ah about 3-4 hours on high.

In terms of powering via electricity, the fan comes supplied with an AC cord, and produces an equal amount of wind effect as when running on full battery.

The fan can be adjusted vertically by 220°, allowing you to aim it exactly where you want it.

Suitable for the Ryobi hybrid fan, the 9ah battery will provide power on high for around 10 hours. 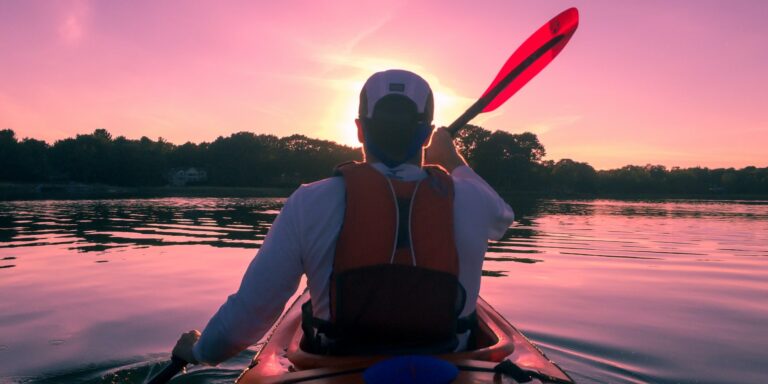 Our roundup of the 5 best kayaks for camping 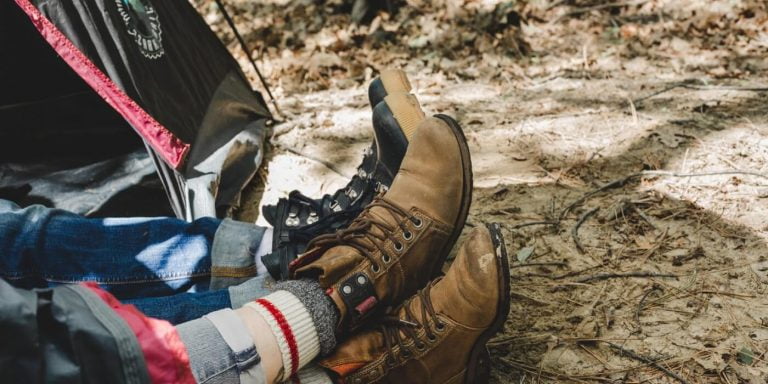 Camping gifts for couples they’ll actually use and appreciate 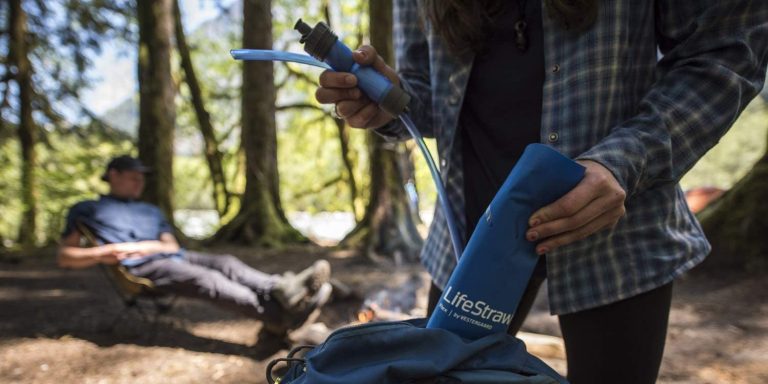 Our roundup of the best water purifiers for camping and backpacking 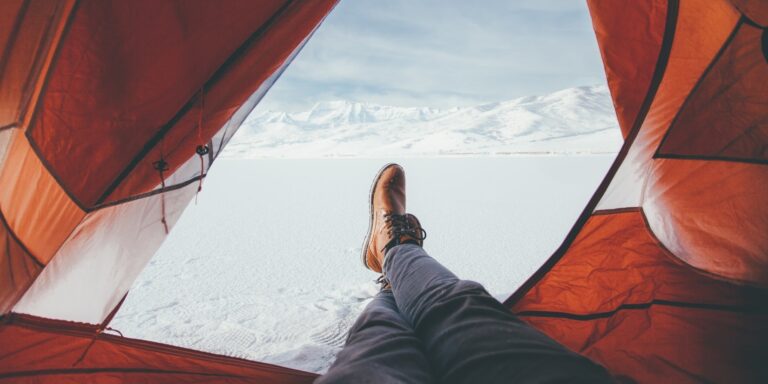 Our round up of the best winter camping essentials 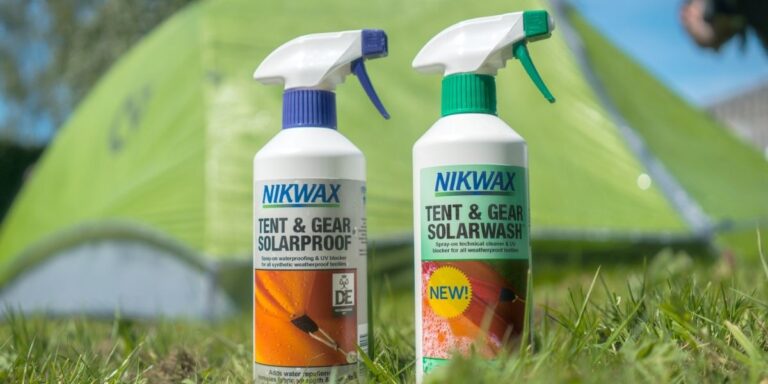 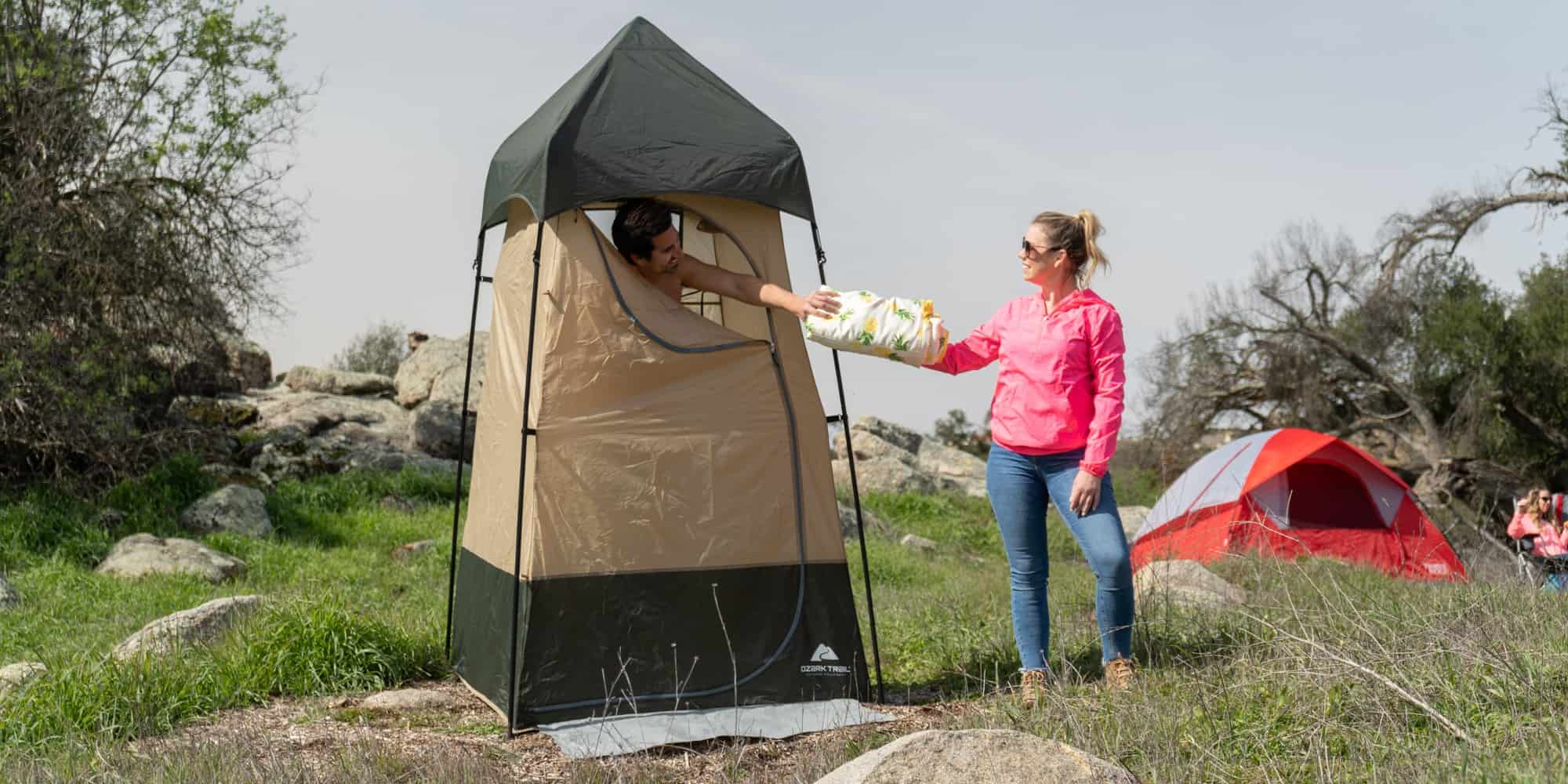